Oslo showcasing the 17.17 infrastructure to cities around the world 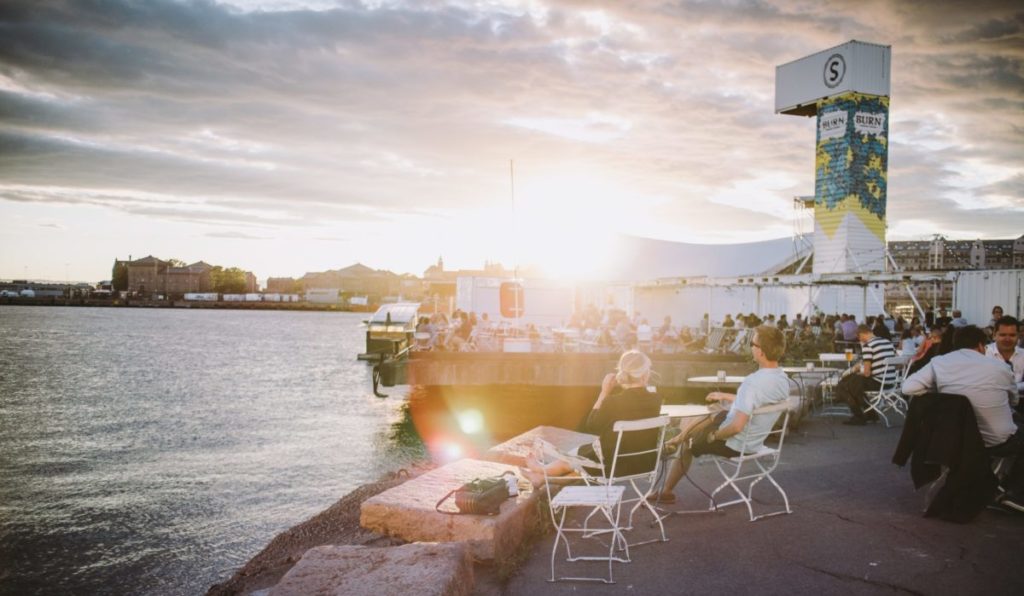 More than 60 participants attended when the global C40 network invited its member cities to learn about the 17.17 infrastructure for collaboration, and how the world’s leading cities can use this methodology to empower communities and businesses to accelerate climate action. Lisbon, Los Angeles, Kuala Lumpur and Rio De Janeiro – these and many more cities from all over the world tuned in to learn more.

The webinar was delivered in partnership with SoCentral and Pådriv Oslo, who have been instrumental in co-creating the 17.17 methodology.

The 17.17 infrastructure is a concrete solution to Sustainable Development Goal 17, target 17: “Encourage and promote effective public, public-private and civil society partnerships, building on the experience and resourcing strategies of partnerships.”

In the webinar we were given a run through of Pådriv Oslo, the original 17.17 infrastructure, which started in 2017 and has since been used in several other cities. The infrastructure is designed for and has proven successful in providing long-term value to people and organisations who are ready to create transformative change, making their cities healthier, cleaner and more sustainable.

– C40 is asking for expression of interest from our cities who could be interested in testing the infrastructure, with support from Oslo, C40 and SoCentral, said Julia Lipton, Director of Climate Action Planning and Innovation at C40 Cities.

The Vice Mayor of Oslo Victoria Marie Evensen explained how the city of Oslo’s participation in piloting and co-developing the 17.17 infrastructure is directly linked to Oslo’s continued commitment to empowering local change makers and ambitious climate action.

– Pådriv is now fully functional, but we believe it will grow to be even more impactful in the years to come – not least if we can come together as C40 cities to continue this development together, she said.

From Oslo to Mauritius

In the webinar, Thomas Berman, co-founder of SoCentral and Pådriv Oslo, gave an overview of the collaborative infrastructure and the six core principles of the methodology.

The 17.17 methodology was piloted in Oslo before spreading to other cities in Norway. But would it work outside a Nordic context? Serendipity took the infrastructure to Mauritius, an island nation with 1.3 million people. There the infrastructure is currently being developed  as Regeneration Mauritius. One of the founding members and the stewardship leader for the building phase has been Nathalie Venis. She was introduced to the 17.17 methodology in 2020. An excerpt from the webinar:

Thomas Bernman (TB): What was your first reaction when hearing about 17.17?

Nathalie Venis (NV):  –Very positive, but we have a different culture. People here often think there is a scarcity of resources, and that we lack a mindset for sharing. I was uncertain if they would  appreciate this approach. I was also slightly apprehensive as to the practicality of the methodology. However, within a short period of time it became clear that it is a very concrete tool. And the response from most stakeholders has been: “we need this”.

NV: –The methodology has transparancy as a core principle, which helps us to form an open and equal space for collaboration, it means a lot. In Mauritius we are using the methodology to improve our foodsystem. When we talk to people they move from let’s tackle the problem alone to lets exchange ideas and step in as equals. It makes so much more sense to have a collaborative action, because the overall goals are common, that perspective matures as we move along.

TB: Was the knowledge from building 17.17 in Norway useful in Mauritius?

NV: –Yes, it was and it made our process that much easier. We really profited from speaking to and learning from Oslo. They have gone through so many iterations that they had answers or input on most of the challenges we have met in the process for setting up the infrastructure in Mauritius.

Practical examples from the people behind 17.17

We also heard from city practitioners in Oslo, who shared how they have used the 17.17 infrastructure in Oslo, which is branded as Pådriv Oslo, to create collaborative action that supports transformative climate change in their city districts. Synne Marie Mossevig, from the climate department in the City of Oslo, shared how the infrastructure was used to trigger collaboration and pilot projects to increase circular handling of masses in building projects. -Pådriv became our natural common ground, Mossevig said.

Hanne Løvbrøtte, Project Manager at Norways biggest housing developer OBOS, told us how they used Pådriv to develop a more holistic approach to real estate development in Vollebekk; – Sometimes large organisations need a push, which we definitely get by being part of Pådriv Oslo, Løvbrotte commented.

Sandra Skretting, Project leader of a youth engagement project, and part of the stewardship team in Pådriv Oslo, showed how the infrastructure can engage youth in developing their neighbourhood. – We were pushing an agenda where it became clear that “someone” needs to do something. The 17.17 infrastructure has become this “someone”, where multiple stakeholders can come together and share responsibility for making things happen.

Photo by  Boris Krstic from Pexels